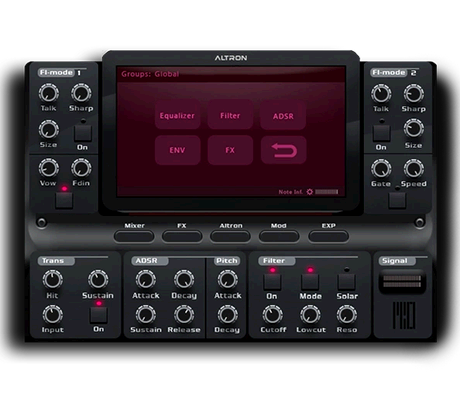 Altron is a professional sample-based synthesizer made by Beyron Audio from a producer & artist's point of view. Altron comes with more than 1000 ready sounds and new features such as the Smart sequencer, Altron FX, and Q&T engine. Altron offers unprecedented sounds for all types of music production.

Every preset is designed and crafted with the producer in mind which results in less tweaking and more production. Altron also comes with smart presets, such as Arranger drums Harmony instruments, and Smart sequencer arranger, which will get your production inspiration fired up in no time.