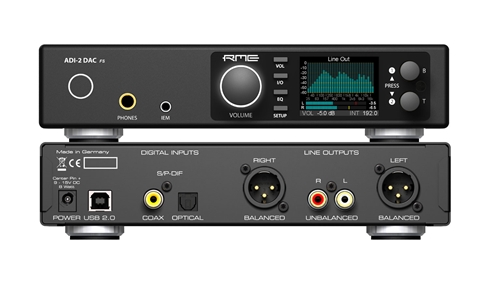 In 2016 RME released the ADI-2 Pro. With a lot of fresh ideas, innovative features and numerous useful functions it rolled up the AD/DA converter scene and quickly became a reference for both AD- and DA conversion. Equipped with two Extreme Power headphone outputs it also found its way into HiFi and home use, getting countless rave reviews for its sound, flexibility and technical prowess. To address the home and HiFi users, RME exchanged some of the Pro's studio features with typical home and HiFi ones. With an adapted feature set and much simplified operation RME proudly presents the ADI-2 DAC. Built on the technology, concept and features of the ADI-2 Pro, the DAC concentrates on DA conversion in top high-end quality, along with two exceptional outputs for headphones and IEMs, and - a remote control.